Today, there exist several thousands of cryptocurrencies and the market value of all these coins has recently broken the two-trillion-dollar mark. Central banks are addressing the issue, the general public is discussing its pros and cons, and current price fluctuations have become part of mainstream news. All of this serves as undeniable evidence that cryptocurrencies have become much more significant than their creators had likely ever imagined some 15 years ago.
But how did this technological innovation actually come about – who were the people behind this project, what was their motivation, and how did all of this unfold? In line with the notion that, in order to understand the present, one must understand the past, we’d like to share the story of Bitcoin & Co in a small series of articles here on the BISON blog. Part one dealt with the early days of cryptocurrencies through to the emergence of Bitcoin. Part two was about the beginnings of transactions and crypto exchanges, bitcoin bubbles, and altcoin. Part three talked about the bear market, the block size dispute, and the second halving. This last and final part of our journey through history focuses on the great Bitcoin rally, the hard fork and Bitcoin Cash, the bear market, and the latest developments in crypto.

Back in December 2016, Bitcoin was trading at around 1,000 USD, and its historic bull market began. By the end of 2017, the price had increased almost twenty-fold. In June, it was still at around 3,000 USD, and by the end of the year, it exceeded 19,000 USD. Measured in terms of market capitalization, the value of all Bitcoin (250 billion USD) was twice as large as the stock market value of SAP – the largest DAX company at the time.
According to market values, all cryptocurrencies grew from 12 billion USD to 750 billion USD because altcoin, such as Ethereum and Litecoin, also experienced highs in the spring of 2017. New listings surged on crypto exchanges, crypto startups formed, and investors became multimillionaires.

Crypto billionaires typically did not get rich by owning bitcoin, but by owning altcoin. Among those ranked the richest crypto billionaires by Forbes magazine in early 2018, Ripple CEO and founder Chris Larsen was the richest. Although he owned a mere 5 XRP, the value of this cryptocurrency skyrocketed from 0.5 cents to over 3 USD. Looking at the total number of XRP, they were worth over 100 billion USD. Vitalik Buterin, founder of Ethereum, was also among the richest people in the crypto world; in 2017, Forbes estimated his fortune at somewhere between 300 and 400 million USD.
Given that it is still unclear who is behind the pseudonym Satoshi Nakamoto, the creator of Bitcoin was not included in the list – though, in reality, he should have been the richest man in the crypto world at that time. His theoretical fortune invested in Bitcoin is believed to have been around 20 billion USD.

2017: Approaching the End of the Block Size Dispute

In 2016, emotions between big blockers and small blockers began to heat up – and the previously concluded “Hong Kong Consensus” fell through because of delays in implementation. First, “SegWit” had not even managed to be tested by the agreed release date, and second, Bitcoin developers quietly decided to shelve the planned hard fork. Small blockers thus found themselves in a bit of a bind because they supported “SegWit” but contested the agreed-upon hard fork. Moreover, some miners refused to implement the upgrade. Small Blocker, Gregory Maxwell, described their actions as “some of the most puzzling behavior by members of the mining ecosystem.” (Bergmann, C. (2019), p. 363) The miners’ reluctant attitude toward the update has been explained in part by their use of AsicBoost – a stealthy way to get more out of their Asic mining. This was not compatible with “SegWit.”

In 2017, it became impossible to settle the block size dispute. In January, Bitcoin blocks frequently reached their maximum of 1 MB. Confirming transactions took longer and longer, and transaction fees rose higher and higher. There were even days in May and June when 200,000 transactions couldn’t be confirmed due to capacity constraints. Slowly, panic spread across forums and Bitcoin developers resorted to altcoin like Ethereum – which was attractive mainly because of its smart contracts.

This also affected the market shares of individual cryptocurrencies. At the beginning of the year, Bitcoin’s share was 85 percent; in June, it lost its dominance in the crypto market and for a short time, only held 40 percent.

Now small blockers and big blockers were split into three groups. One tried to enforce a user-enabled soft fork – those who did not participate in the soft fork by the cutoff date would generate invalid blocks in the future. The second was SegWit2x, which tried to find a compromise between small and big blockers. The third was Bitcoin Cash.
A key leader was Jihan Wu – owner of Bitmain, one of the largest mining farms. He felt betrayed by the failure of the “Hong Kong Consensus” and wanted to enforce a user-enabled hard fork. This was intended to immediately increase the limit of blocks and, in the long run, vary the block size. Big blockers grew euphoric and “SegWit” became a thing of the past.
On August 1st, the time had come: It was the day of the hard fork. At first, barely a block was found on the new blockchain. An anonymous miner mined Bitcoin Cash (BCH) despite losses, keeping the BCH blockchain afloat and making the hard fork a success.

In early 2018, Bitcoin and altcoin prices fell dramatically in a matter of weeks. XRP plunged from its all-time high of 3.84 USD to around 50 cents,2 Bitcoin Cash also reached its record high and fell from 4,355 USD to around 1,000 USD.3 All in all, investors still experienced gains if they had invested in cryptocurrencies before November 2017.

Bitcoin’s price fluctuated between 6,000 and 10,000 USD throughout the year until it crashed to around 3,500 USD at the end of the year. Altcoin prices also dropped more than 80 percent from their all-time high at the time. Another bear market began, with a large number of miners quitting their jobs because electricity costs for mining cryptocurrencies exceeded their profits.

2018 also marked the beginning of what is known as the Lightning Network in Bitcoin. The idea behind this was having off-chain processes scale transactions. These transactions get sent from the sender directly to the receiver in real-time. With payments no longer going through nodes, they become more private.

2019 was characterized by the bear market. Discussions around Facebook’s cryptocurrency Libra sparked a brief price peak of roughly 13,900 USD in June – but this quickly fell back to around the 6,300 USD mark due to political resistance.1
Although prices were relatively flat, the BISON app launched in 2019. This app – backed by the Stuttgart Stock Exchange – is the first crypto trading app backed by a traditional stock exchange, as well as the first trading app “Made in Germany”. Their motto: We are neither bull nor bear – we’re simply BISON.

2020: A Hero in Times of Crisis and the Third Halving

Once again, Bitcoin becomes a hero in a time of crisis. Like in the 2015 Greek crisis, people started relying on this cryptocurrency during the political tensions in the Gulf region. This caused the prices to soar over 9,000 USD. But the price recovery was short-lived, given that investors felt anxious about the upcoming Corona period. The price fell to 5,000 USD and doubled just before the upcoming halving.
On May 11th, 2020, 630,000 blocks of the Bitcoin blockchain were filled. As a result, miners’ rewards halved for the third time to 12.5 BTC per block filled.

After the lean years that marked the end of the 2017 bitcoin boom, cryptocurrency prices showed a noticeable rise in the late 2020s. In October, Paypal announced that it would enter the crypto market. Other institutional investors expressed their interest. Discussion of a digital euro also emerged at the ECB, and a two-year test phase for it was approved in July 2021.
After 23 months, Bitcoin’s price increased to over 18,000 USD, followed by an all-time high in December. Demand for Bitcoin surged among retail and institutional investors. Bitcoin rose to 36,000 USD in January 2021.1
On December 1st, 2020, Ethereum 2.0 kicked off by presenting the Beacon Chain, which is designed to introduce Proof of Stake and coordinate the Ethereum 2.0 network.4

In January, Bitcoin rose to 36,000 dollars. Commentary on Twitter by Tesla CEO Elon Musk triggered a real jump in the price, making it over 38,000 USD. A short time later, Tesla invested 1.5 billion in Bitcoin. The Bitcoin price jumped another 20 percent to reach 48,000 USD. A week after that, on February 16th, the price climbed above 50,000, and a month later it reached 61,700 USD. March remained eventful, with Paypal introducing cryptocurrency payments and a YouTuber managing – for the first time ever – to mine Bitcoin with his Gameboy.5

There was also a lot of momentum in the crypto market in April. The market value of all cryptocurrencies rose above 2 trillion USD for the first time.6 When Coinbase went public on April 13th, Ethereum and Bitcoin set new records. The Ethereum price skyrocketed to 2,000 USD, Bitcoin to 64,000 USD. Subsequently, the prices took a small breather and lost significant value within a few days. Further setbacks followed due to a ban on using BTC as a means of payment in Turkey, as well as rumors in the USA that capital gains tax would increase significantly.

Further success took hold in May. For the first time, a physical work of art could be paid for using cryptocurrencies at an auction. Auction house Sotheby’s allowed its bidders to pay for the Bansky painting “Love is in the Air” in Bitcoin or Ethereum. Shortly after, Ethereum reached its all-time high of about 4,000 USD.

Just as Tesla CEO Elon Musk was able to fuel the crypto market with his tweets, he was also able to send it on a downward spiral. When Musk announced that Tesla would sell its Bitcoin, prices tumbled to roughly 42,000 USD. Tough regulations and a mining ban in China, as well as restrictions in the U.S., caused prices to fall even further below 40,000 USD.
On June 9th, Bitcoin became the official currency in El Salvador, Latin America. The price briefly experienced an upswing before dropping again and landing below the 30,000 USD mark at the end of June. 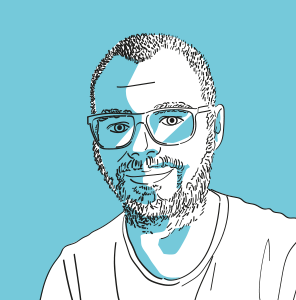 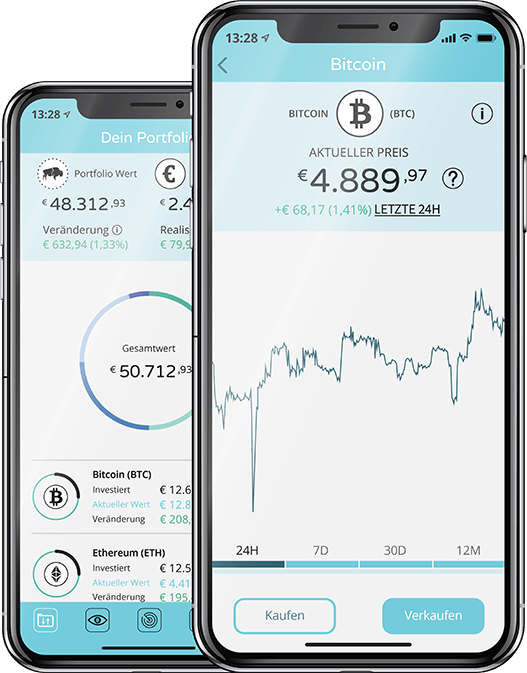