From now on, the BISON herd can buy and sell another cryptocurrency: Bitcoin Cash (BCH). The original Bitcoin (BTC) inspired the development of BCH in 2017, which is said to be the faster BTC. Today, BCH is one of the largest cryptocurrencies in the world.

As of Now: Trading with BCH on BISON Is Possible

With the introduction of the cryptocurrency BCH, BISON now offers trading with 5 cryptocurrencies. Before, only Bitcoin (BTC), Ethereum (ETH), Litecoin (LTC), and Ripple (XRP) were available. Now you can buy and sell Bitcoin Cash (BCH) with BISON – simple, smart, and reliable.

The cryptocurrency Bitcoin Cash (BCH) has been in existence since August 1, 2017, and is technically a version of Bitcoin (BTC) that differs from the original in certain respects, but is also identical to it in many other aspects. The original Bitcoin was copied, so to speak, but changed in one central technical property –– the block size.

The original Bitcoin BTC has been available since 2009 and is based on the blockchain’s IT technology. In simple terms, the blockchain is a huge database in which all transactions with the Bitcoin currency are recorded. For the purpose of documenting a transfer process, the central information is stored in so-called blocks, which are then stored and irreversibly encrypted. As soon as a block is “full”, it is cryptographically sealed and a new one is generated, adding a new element to the block “chain”. This happens about every 10 minutes with Bitcoin.

Is the Block Size Sufficient?

Over the course of time, and as Bitcoin has become more widespread, the number of BTC transactions has increased at an accelerating rate. As a result, a discussion arose in the Bitcoin community as to whether this block-by-block principle may lead the chain to become too long. This is because a single block can only hold data of up to 1 Megabyte (MB), which corresponds to about 3,000 transactions. Too many blocks, it is feared, may slow down the handling of the system too much, and the confirmation of transactions may take too long.

A suggestion was later made to update the Bitcoin software and increase the block size to 8 MB. The Bitcoin blockchain’s software can, in fact, be changed at any time and this happens recurrently. Because it was published under an open-source license and is available at any time, anyone could, in theory, change the software of the BTC blockchain. The question is only whether this change will be carried out, i.e. whether the operators of the Bitcoin IT infrastructure will install this new version on their servers. The new version can only become a reality if more than half of them do so. Those who do not do so will then no longer be part of the network.

Hard Fork: A Spin-Off Is Implemented

This is exactly what happened with Bitcoin Cash, i.e. the necessary consensus was not reached when installing the new software. The worldwide Bitcoin community was unable to agree on the size of the blocks, so a spin-off occurred. A so-called hard fork was carried out. Meaning: The representatives of the block enlargement simply put the new software into circulation. Those who installed it, and thus made their computers available to the BCH blockchain, were no longer part of the BTC blockchain.

This procedure created a new cryptocurrency: a Bitcoin with large blocks = Bitcoin Cash (BCH). The name is derived from its developers’ claim to accelerate transactions with the increased block size. This is the only way Bitcoin can be used efficiently as a daily means of payment, i.e. as cash, while the old version is too slow.

Bitcoin Cash is what I started working on in 2010.

Bitcoin Cash – One of the Largest Cryptocurrencies in the World

As of today, and in terms of market capitalization, Bitcoin Cash is the fourth largest cryptocurrency in the world. This is the value of the sum of all existing coins of Bitcoin Cash. In mid-May 2020, there were almost 18.5 million units of BCH in existence, trading at a unit price of €220. This means that BCH has a market capitalization of almost €4 billion and represents about 2% of the total global crypto market. However, the figures can change quickly…

Trivia 1: BCH Was Once Free of Charge…

When BCH was introduced in 2017, it ended up being a little gift for those who had already owned the original Bitcoin at that time. Until the hard fork came into effect, the blockchains of BTC and BCH were identical. For this reason, on day X, the same amount of Bitcoin Cash that they owned in BTC appeared out of nowhere in the wallets of Bitcoin owners.

The logo of Bitcoin Cash is the same as that of Bitcoin –– with one exception: the dashed “B” of Bitcoin’s logo is turned slightly to the left, almost as if it were tilted.

Your advantages with BISON: 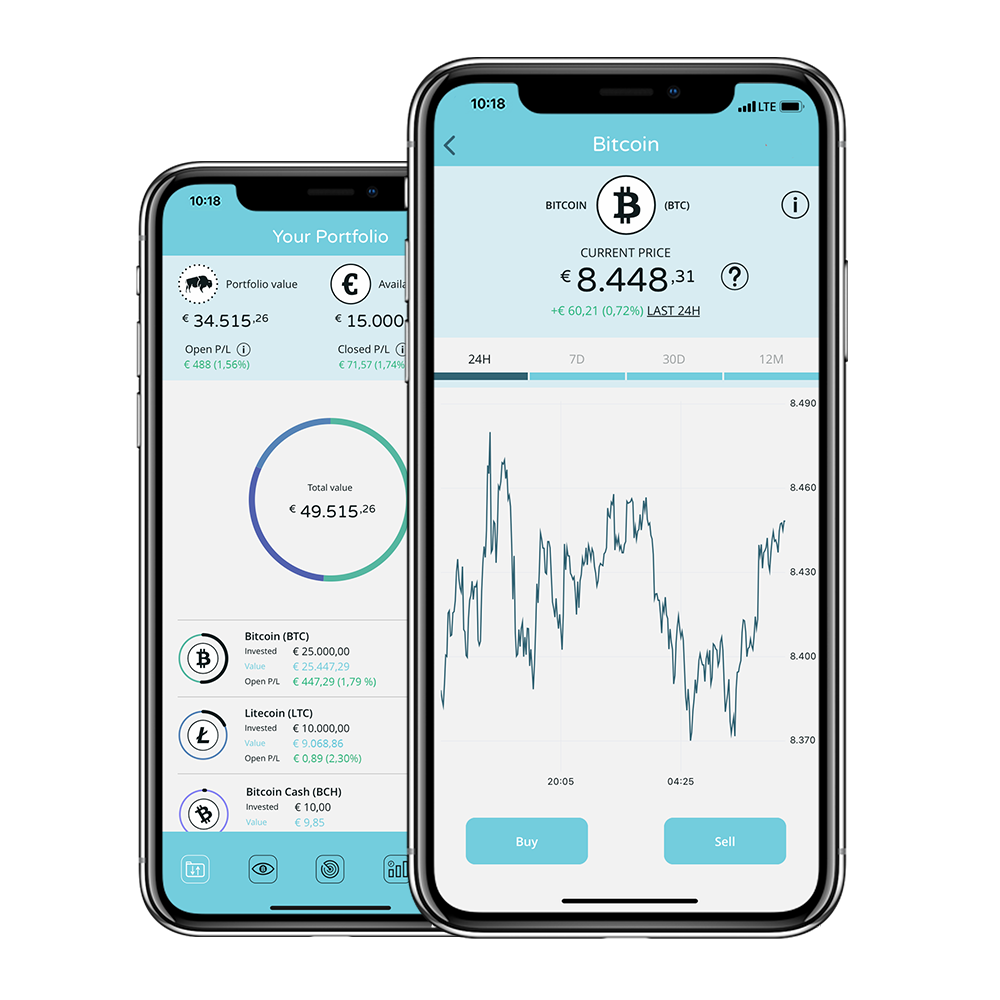